How Much Energy Can a Solar Panel Store?

Posted 10 months ago by Manual Thomas 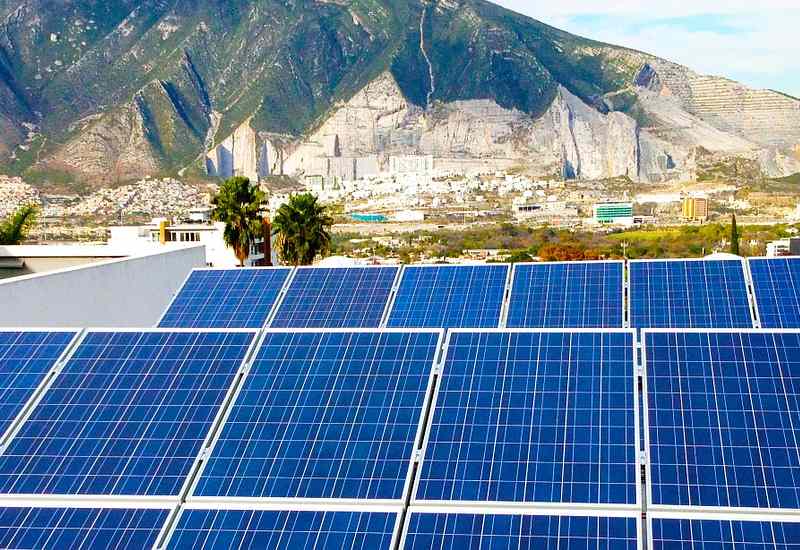 One of the most popular misconceptions is that solar panels can store energy for later use.

Many people think they’ll be able to charge their phone or make coffee between noon and 3 pm when there isn’t any sun exposure, but this just isn’t possible without installing more equipment!

In this article, we are going to discuss in detail if the solar panel can store energy and how much energy can a solar panel store.

so without further ado let’s go into details.

How Do Solar Panels Work?

Solar panels are a piece of electrical equipment that operates on photovoltaic energy.

The process is quite simple – photons from the sun hit a semiconductor which then releases electrons, allowing for an electric current to be created.

When the solar panel itself is hooked up to batteries or a power inverter, it can produce the necessary electrical energy for functional appliances to be used.

The answer is yes, but not in the same way batteries do.

Instead of storing up for use later on when you’re running low on electricity at home or work – which can be days away depending on how much time has passed since your last charge.

Panels would only retain electrical power if they were exposed regularly to sunlight all day long every single minute until their next recharge session started!

Related Article: Why Do Solar Cells Need An Inverter?

How Much Energy Can A Solar Panel Store?

A solar panel is made up of many smaller cells, which are the building blocks that make the entire thing work as a unit.

It is estimated that each cell will produce around 0.5 volts at approximately ½ amp under optimum conditions.

This wattage output is considered to be the panel’s maximum output.

Some panels don’t even produce the full amount since they will be positioned at such an angle that not all cells receive direct sunlight.

The efficiency of these photovoltaic (PV) cells is dependent on several variables, such as the intensity and wavelength of light that falls upon them.

Their temperature, also, can have an effect. Fewer watts are produced when weather conditions are bad, the panel is dirty or covered in snow, and even if there is a thin cloud cover.

What Happens To That Electricity We Produce?

We all know that solar panels exist to generate our electricity, but did you also realize they’re just one component?

The next step in the process is converting Direct Current (DC) from a device onto Alternating Current so we can use it at home.

We do this because AC flows constantly and more efficiently than DC – meaningless loss of power when transferring over long distances or through transformers on their way into homes.

For example, an inverter converts excess energy stored by batteries after being generated outside into safe household usage via powerless lights within buildings.

But an inverter doesn’t store any power, the next stage does. And this depends on what type of solar system you have!

Related Article: Can A Solar Panel Work Without Inverter?

There Are Two Types Of Home Solar Systems.

A grid-tied solar power system is connected to the electricity supply of your home or business, meaning it can be used for powering appliances inside.

It also feeds excess energy back into the public power network so you won’t have any big losses when transferring onto transformers etc.

These systems are very popular because they’re low maintenance and cost-effective to install.

A standalone solar power system is different in that it cannot be connected to an electricity supply, and instead creates its energy for powering appliances inside using a battery bank or other batteries (like Tesla Powerwall).

These systems are more expensive to set up but there’s no ongoing cost once they’re installed.

The only downside is not having the ability to use the system when there’s no sunlight, for example at night or during bad weather.

Off-grid solar systems are great for homes that have their electricity source, but what happens when you need more power than just your panels can provide? You guessed it, batteries are required.

The most common type of battery in this situation would be lead-acid cells which store energy by converting chemical reaction into electric current and storing it until needed.

With grid-tied solar power systems, you can sell any excess energy back to the supplier – making it much more profitable.

This is done using a device called an inverter which converts DC into AC electricity then returns it onto your homes’ electrical network or that of the supplier’s (the national grid).

These types of batteries don’t store power as off-grid ones do.

Instead, they act as a safety device, allowing you to keep your lights on in case of an emergency or other unforeseen event that stops sunlight from reaching your panels.

Related Article: Why Do Solar Cells Need An Inverter?

What Kinds of Batteries Are Used in Solar Systems?

The main type of batteries used in solar panel systems is those that convert chemical energy into electric current and vice versa – Lithium-Ion.

They’re an excellent choice as they can be discharged to a very low level without damage, meaning you could leave them unused for longer periods than lead-acid ones.

Lithium-ion cells also have high power densities which means they’re able to store a lot of energy in a small space.

They can also be used in very low temperatures and don’t have any memory impact – meaning you won’t lose much power when using them over long periods!

As we all know, the sun does not shine 24 hours a day, so don’t expect your solar panel to store much electricity.

We hope you enjoyed this article as much as we did.