Can You Put Solar panels on an East Facing Roof?

Posted 10 months ago by Manual Thomas 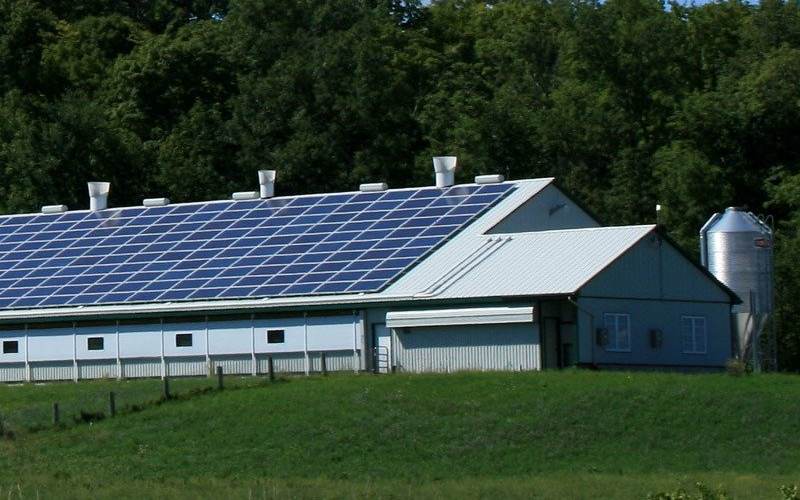 Solar panels are a great way to reduce your carbon footprint and contribute to sustainability efforts.

But can you put solar panels on an east facing roof? There are many factors that go into deciding the best place for solar panels, but one of the most important is their orientation.

In this article, we’ll show you how to position your solar panel in the best possible way. Besides we are going to explain why east-facing roofs have some advantages over south-facing roofs.

So without further ado let’s go into details.

Before we answer any questions first we need to know how solar panels work, solar panels are made up of photovoltaic cells, also called solar cells.

These cells absorb energy from the sun and convert it into electricity. This is possible because each cell has a pair of electrodes on either side with semiconductor material placed in between them.

When sunlight hits this material, some of its photons — or packets of light energy — knock electrons loose from their atoms, allowing the cell to generate an electric current.

Additionally, the cells are wired together and mounted on a flat surface such as your roof.

A solar panel converts about 15 percent of incoming sunlight into electricity; this is referred to as its “efficiency rating.”

The more efficient the solar panels, the less space they take up and the more power they can generate.

Why Should You Install Solar Panels to the South?

Solar panels that are facing south receive the most direct sunlight throughout the day, so they generate more electricity than those on the east or west side of your home.

When deciding where to install solar panels at your house, the south is usually considered “best” because it offers the highest returns in terms of energy production per square foot.

If you live in an area where the sun is fairly consistent throughout the year, you can expect to generate close to 30 percent more electricity than with panels facing east or west.

Can You Put Solar Panels on an East-Facing Roof?

East-facing roofs are a great solution for those who aren’t able to place their solar panels facing south.

While east-facing is the second-best orientation, it’s still far more efficient than west or north-facing and can produce 80% of what a south-facing system would generate in an area with optimal sunlight conditions like Southern California.

Related Article: Can You Walk On Solar Panels?

What Do You Need to Consider Before Putting Solar Panels on an East Facing Roof?

First, you need to consider your local climate and weather patterns. If it snows regularly where you live, an east-facing roof will usually be shaded by trees or other structures in the afternoon when the sun is at its peak; west roofs are less likely to be shaded in the afternoon.

You also need to consider how much space you have available on your roof. If you only have room for a few panels, it doesn’t make sense to orient them so they’ll produce less energy just because of their orientation.

When deciding where best to place solar panels on my house, I recommend you use a solar panel savings calculator.

This tool does all the math for you so you can easily see which orientation is best for your location and how much it would cost to install them there.

Related Article: What Affects The Output Of A Solar Panel?

What About West and North Panels?

West-facing panels are the least efficient for most locations. However, if you live in an area with high winds where trees don’t grow well (e.g., the American Southwest), the west maybe your best option as it is less likely to be shaded.

North-facing panels are the least efficient orientation for most locations. However, some homeowners choose to install north-facing panels on buildings with limited roof space because they can be mounted at a steeper angle than east or west modules and still produce energy in the winter months when sunlight is scarce.

They also require less maintenance as they face fewer environmental hazards like rain, snow, and wind.

East-facing roofs are a great solution for those who aren’t able to place their solar panels facing south.

Thanks for reading This article and we hope you found it helpful.

Do you have any questions?

If so, please share your thoughts with us in the comments section below.