Can You Connect an Inverter Directly to a Solar Panel? 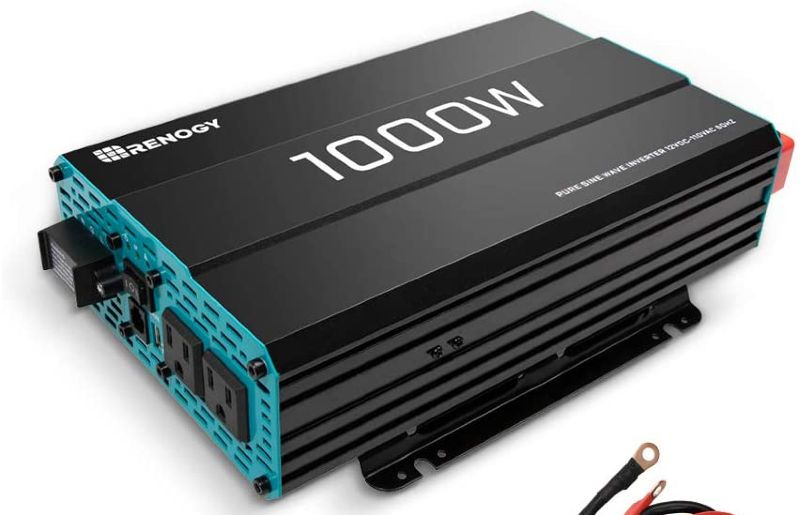 One of the most common questions that people ask when installing solar panels is can you connect an inverter directly to a solar panel?

The answer is yes and no, depending on your solar system’s size.

The problem with that connection is that the solar panel output voltage can be higher than the inverter’s input voltage, and in this case, the inverter won’t work.

If your solar system output voltage is lower than the inverter’s input rating, then sure, you can connect the inverter directly to the solar panel.

If your system voltage is higher than the inverter, then you have a few options:

In this blog post, we’ll discuss what can happen if you hook up your inverter directly to your solar panels and how it can affect the performance of the system.

Why Is Solar Inverter Important?

A solar inverter can be considered as an electronic device that transforms the direct current (DC) electricity produced by a solar panel into an alternating current (AC).

The AC can then be used to power your appliances such as lights, television, and fans.

The solar inverter can also protect you from electrical hazards and help to prevent damage that can arise as a result of an overload or short circuit.

For example, if there is too much current flowing through the system it will turn off automatically until the problem has been fixed.

Due to this feature, installing a grid-tied solar power system can help to protect your property from fires and other electrical problems.

Related article: Why Do Solar Panels Need An Inverter?

How Is The Inverter Connected In The Solar System?

The solar inverter can be connected to either batteries or the grid.

It can also be used in conjunction with an AC generator, but this is not recommended if you want your system to operate efficiently.

If your system does include a battery bank, it will need its own special type of inverter known as a hybrid or off-grid inverter.

This can help to maintain a constant power grid supply both during the day and at night, which is important if you are reliant on solar panels for your electricity needs.

Related article: How To Protect Solar Inverter From Lightning?

What Are The Different Types of Solar Inverters?

There are three types of inverters that can be used in conjunction with solar power systems: string, central and micro.

A string inverter can be used for residential applications, although they can also be utilized in smaller commercial systems as well.

This type of inverter is connected to a single row of solar panels rather than an entire grid so the output will not vary if one or more modules are shaded from sunlight.

The central inverter can be used in large commercial applications and can also be utilized for small to mid-sized systems.

Unlike string inverters, this type of system is connected directly to the grid so it can provide an even flow of power that can then be distributed across your entire property.

The microinverter can only handle a single solar panel.

Each individual solar panel can generate its own current, which can then be combined with other units to help power your property efficiently.

What Are The Pros And Cons Of Connecting An Inverter Directly To The Solar Panel?

There are several benefits of connecting a solar inverter directly to the panels such as:

There are also some issues that can arise from direct connection including:

What Can You Do To Prevent Islanding?

You can prevent islanding by installing a safety switch that will disconnect the entire system if there is ever an issue with one of your inverters.

This can help to protect both you and your property from electrical hazards as well as ensure that all devices are working efficiently at all times.

What Is The Difference Between A Grid-Tied And Off-Grid Solar System?

One of the main differences between an off-grid and grid tied system can be found in how they are connected to your property’s electrical circuits.

A grid tied set up can utilize either an inverter or string combiner box.

An off-grid set up can use a central or micro inverter.  It can also be connected to batteries and an AC load (generator), but this is not recommended if you want your system to operate efficiently.

Off-grid systems can work during blackouts and provide homeowners with some independence from the grid as well as offering protection against power outage caused by severe weather.

Grid-tied systems can help homeowners to reduce their energy use as well as earn credit from their local utility company for any excess power that is created through solar panels and used to offset electricity costs.

However, this can be less common in areas where net metering has been discontinued or if you have a smart meter installed.

Related article: Can A Solar Panel Work Without An Inverter?

So, can you connect an inverter to a solar panel directly?

Yes, but if you want optimal performance then it’s best that you have a professional install the system for you.

In the end, you can get maximum power and improve your solar panel’s productivity by using the correct ac inverter and pairing it with a system that delivers clean, sustainable power.